Lahn
What is the ruling on performing salat behind an imam who does things or recites incorrectly?

Forthcoming videos
What to expect on Youtube & on this site soon 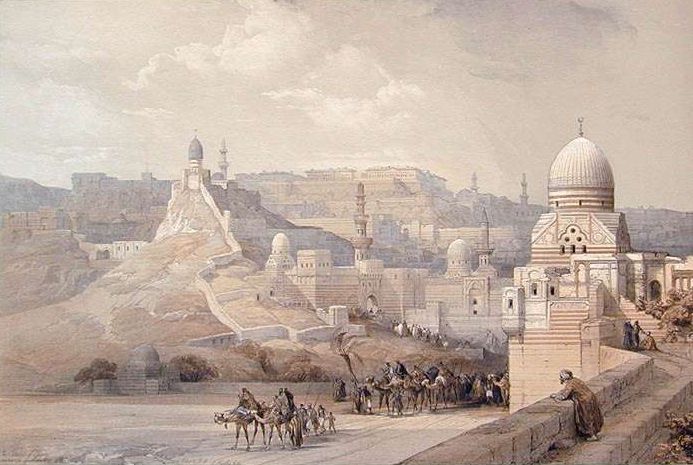 Reason for agnomen: He was one of the soldiers of the supported circle, and used to wear their uniform as a sign of asceticism and contraction away from the devotees of this world, thereby combining knowledge and action. His ancestry had a long-lasting association with the army. He took part in the military campaign to reconquer Alexandria after the city had been captured by the Crusader enemies in 770 AH

Place of birth: The land of the KinДҒnah tribe in Cairo, where he grew up and received knowledge

Place of burial: The main cemetery in Cairo, next to his teacher ‘AbdullДҒh al-ManЕ«fД«

His post-death state: Some seekers of knowledge saw him in their dreams after his death and asked him what Allah had done to him, whereupon he replied, ‘He forgave me and whoever performed my funeral prayer’

His authorial legacy: It includes:

Each one of these works has been published.

In the Name of Allah, the All-Merciful, the Most Merciful

The needy slave compelled towards the mercy of his Lord,

whose heart is painfully dismembered due to the dearth of virtuous action and taqwДҒ:

The whole praise belongs to Allah, a praise commensurate with the increasing overflow of blessings,

and gratitude, too, is entirely owed to Him because of the favour and generosity He has bestowed upon us.

I am unable to laud Him. He is as He has lauded Himself.

We ask Him for His subtly-encompassing kindness and His assistance in all the states, also in the state where man lodges in his grave.

May the prayer of ennoblement and the salutation of peace be upon Muhammad, master of the Arabs and the non-Arabs alike,

who has been sent to all the nations, on his family, companions, wives and descendants, and on his nation, the best nation.

The author chose the present tense (yaqЕ«lu) over the past one because the outward potentiality, i.e. the whole abridgment, was to unfold itself in the future at the time of his inaugural speech, given that its composition was expected to take a long time.

“… compelled towards his Lord”:

Mudtarr means the one who reaches extremes of neediness, whom neediness has coerced, so that he sees neither strength nor power in himself, and likewise sees no intermediate cause he might rely upon save the succour of his Master, as in the case of the person drowning in the sea or lost in a waterless desert.

It is thus more specific than faqД«r.

The move is thus from the lower to the higher.

Munkasir means the one who is paining, aching, who is doleful.

It is a noun of the agent from inkisДҒr which originally (= literally) denotes the dismemberment / fragmentation into parts of something stiff / solid / hard.

In this passage, inkisДҒr is used figuratively, based on the fact that pain is occasioned by breaking something into parts.

In rhetoric, this is called majДҒz mursal (metonymy [1] / synecdoche)

It translates the Arabic khДҒtir, which is here other than a mere “thought” in the mind.

Originally, the word khawДҒtir (plural of khДҒtir) denoted the matters that descend upon the heart (such as ideas and thoughts); it was secondarily extended to the heart itself, since it is the locus by which those matters alight = again an example of majДҒz mursal or metonymy.

KhalД«l is a proper noun (‘alam) originating in a qualificative (sifah) = the one whose quality is khullah, i.e. pure / uncorrupted / undiluted / crystalline affection.

Khullah is also used to signify the khalД«l = the person qualified thereby, whether masculine or feminine.

It translates the Arabic word rams, the original linguistic meaning of which is throwing or casting. It is thus used metaphorically here.

[1] A figure of speech in which one word or phrase is substituted for another with which it is closely associated (such as “crown” for “royalty”) [So long as the close association is not resemblance, for then we talk in Arabic rhetoric of isti`ДҒrah or metaphor; here the link is causation].